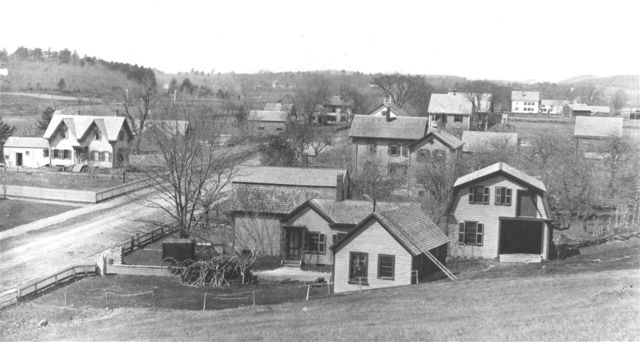 The North Avenue Area was documented by the Weston Historical Commission in 1994 and includes the following properties:

The properties on Brook Road and Viles Street were later included in the National Register of Historic Places as part the Kendal Green Historic District.

The North Avenue Area is one of several places along this early main road where historic resources are concentrated (see also Kendal Green Area). The area retains much of the character of a small 19th century settlement despite traffic from the well-travelled road and the intrusion of a modern convenience store and gas station. Included within the area are 24 houses, 14 on North Avenue, three on Viles Street, and seven on Brook Road. Several are double houses, a housing type not common in Weston.

Important natural and man-made features have shaped the appearance of the area. This part of North Avenue passes between Cat Rock Hill and Stony Brook, and the land slopes downward from a high on the north side of the street to a low point along the brook.

Along the north side of North Avenue, some of the houses have flat back yards extending a few hundred feet back, while behind other houses nearer to the intersection of Viles Street, the grade rises precipitously. Houses on the south side of the road are sandwiched between North Avenue and Stony Brook.

Behind 248 North Avenue, Stony Brook crosses under the tracks of the Boston and Maine Railroad (Fitchburg Division) and is joined almost immediately by Cherry Brook. The combined waterway, which retains the name Stony Brook, runs through low-lying marshlands screened by a natural border of deciduous trees, which grows at the edge of the wetlands. The brook crosses under Viles Street just south of the railroad tracks.

The largest property in the area was the 8.6 acre “Weston Dog Ranch” at the corner of North Avenue and Viles Street (demolished). Located here, set apart from other houses, was a late 19th century house and barn, built as the Small Homestead, surrounded by evergreens. The house was set back about 250 feet from the street, and much of the rest of the property is flat, low-lying fields partly screened from the street by a deciduous border. This property was approved for subdivision into 10 house lots, with a requirement that a “perimeter buffer” of evergreens and other trees be planted along Viles and North Avenue.

The other major open space is a 2.6-acre town recreation area including a baseball field and basketball court, located along Viles Street south of the railroad tracks and brook. Facing onto the baseball field is a row of seven late 19th century workers’ houses on Brook Road. Behind these houses, the grade rises as the topography changes to a series of low hills. 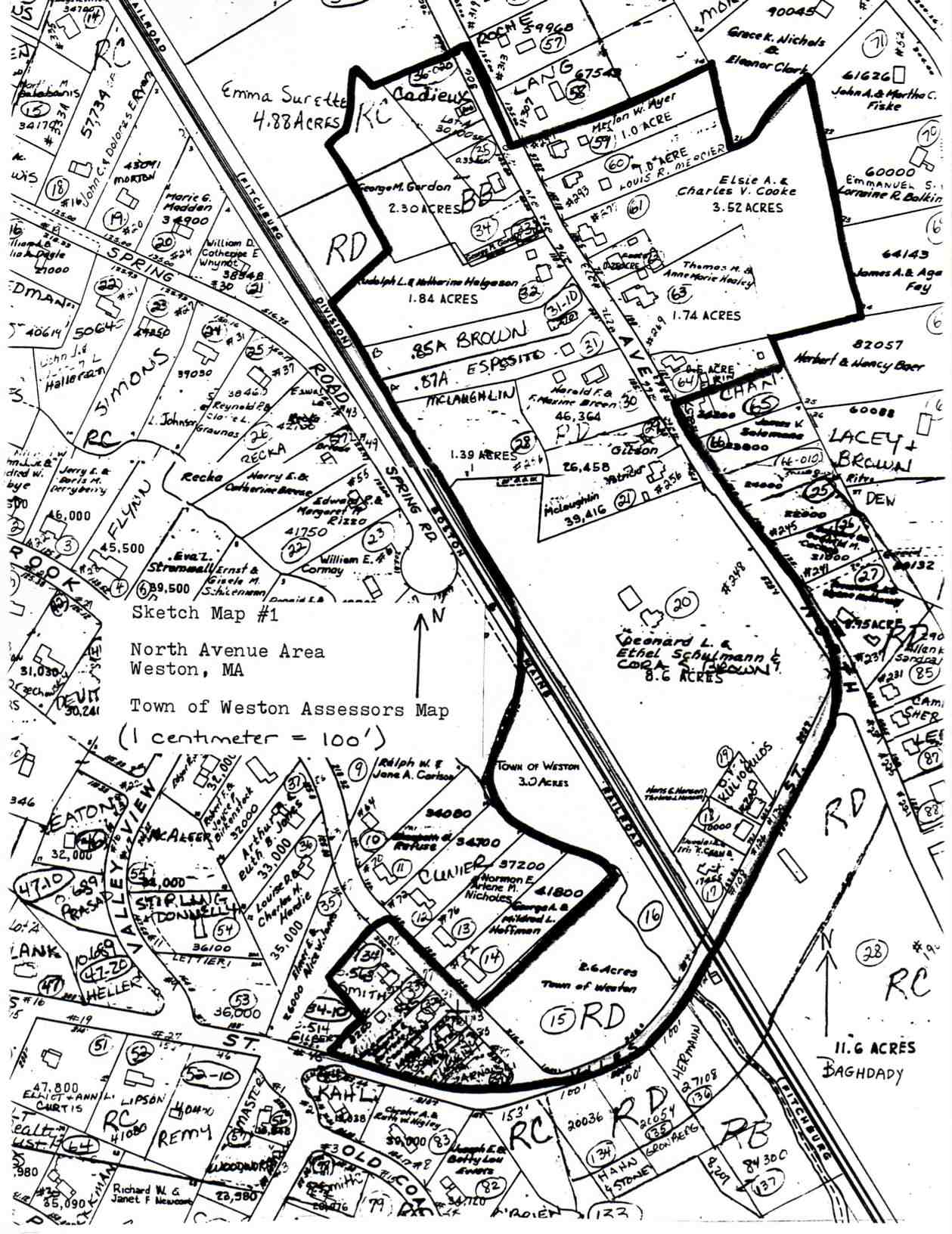