The center chimney Colonial style is the first distinctive housing style in New England. Its massive framework is built around a vast, central chimney which provided fireplaces for most of the rooms in the house.

In Weston, the earliest houses were usually “1 over 1” in plan - one room on the first floor and one on the second. These houses were three-bays wide. A bay is a window or door opening. Other early Weston houses were only one story.

The distinctive sloped saltbox roofline is formed by adding a one-story lean-to on the back of a “1 over 1” house plan. These additions were often added on the northern or colder side of the house, where they helped push wind currents over the house and discouraged the buildup of snow.

As the first settlers prospered, they often expanded the three-bay houses into a symmetrical “2 over 2 ” room plan with five bays, a center chimney, and center entrance door.

Houses built after 1750 were generally built with the full five bays. Staircases in central chimney houses are usually a “tight run around” located in front of the chimney. 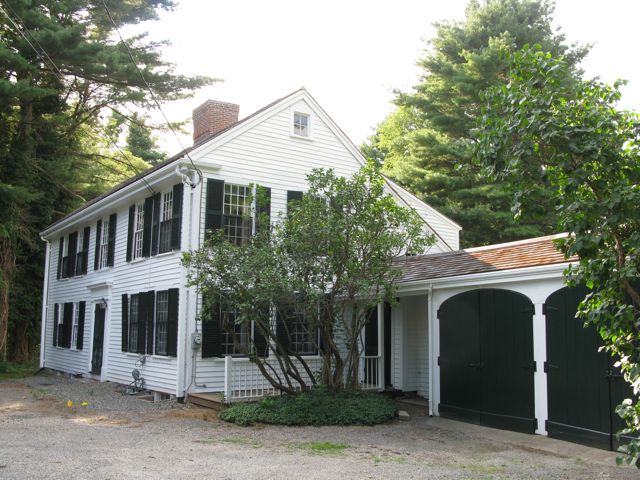 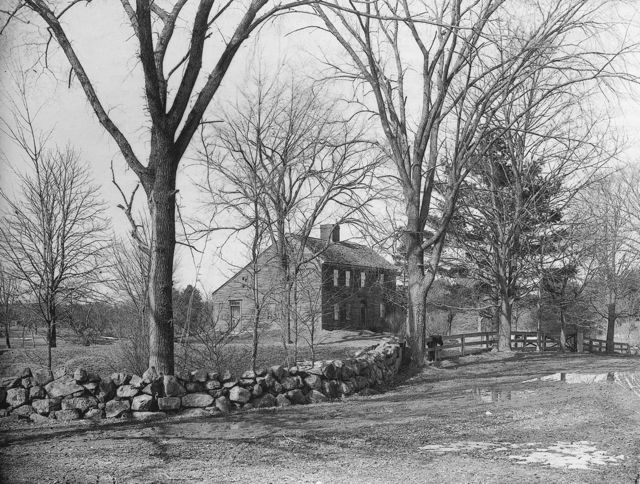 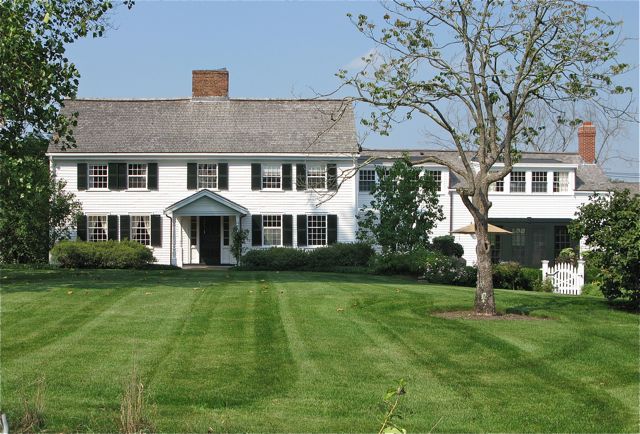